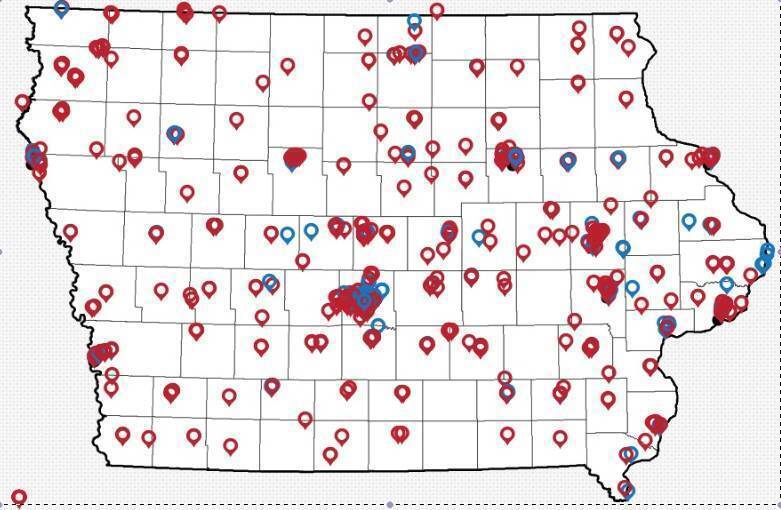 The Iowa Caucus Project’s map of presidential campaign stops in Iowa from May to Nov. 1. They’ve been just about everywhere.

The general thinking about the Iowa caucuses is that they are a wide-open race. Caucus proponents will tell you how seriously Iowa voters take their first-in-the-nation status. They will say that any candidate who puts the time, energy and money into Iowa will have a shot at winning the caucuses. And candidates will buy into that. They aren’t the favorite to be the nominee, but a win in Iowa could provide momentum and energize the winner’s base for future success in the later primaries. For instance, 2008 was supposed to be Hillary Clinton’s year, but Barack Obama invested in Iowa, and behind a influx of first-time caucusgoers, he won the 2008 caucuses. Sure, you can skip the caucuses. Sen. John McCain did and 2008 and he still won the nomination, but the point remains: If you’re not the favorite but want to have a shot at the nomination, a decent finish in Iowa is a good start. And if you want that good finish, you better be ready to spend a lot of time in Iowa.

Luckily, the fantastic website team at the Iowa Caucus Project tracks each candidates’ events in Iowa. Added to that, the National Journal keeps tabs on the candidates’ trips to each state since Nov. 4, 2014. Using both tools, we can get a snapshot of how much time the 2016 hopefuls are spending in Iowa. First, some Republicans: 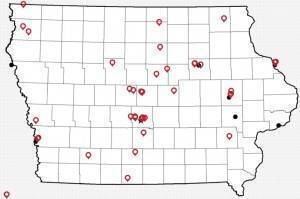 He’s the frontrunner here, and looking to the left, he does a pretty good job covering the map. The National Journal indicates Carson has made 13 trips to Iowa. He’s balanced in his early state appearances; he’s made nine visits to South Carolina and seven to New Hampshire. He hasn’t spent the most time in Iowa, as we’ll see further below, but he’s obviously given it enough attention. Along with Donald Trump and Carly Fiorina, he’s one of the anti-establishment candidates who’s seen steady support. He also, like many of his Republican brethren, relies on steady support for evangelical voters. For right now, he’s in pretty good shape. Of course, plenty can change in the next two months.

Trump, while he has slipped in recent days, still occupies one of the top two spots in most polls. Looking at his map, he’s stuck close to Iowa’s major cities (even though he has a helicopter) but hasn’t neglected the state by any means. NJ has Trump making 16 trips to the Hawkeye State and 13 to New Hampshire. For all the … Trumpness of his campaign, it’s starting to look like he may be legit. He’s taking the first two states seriously; he’s not going anywhere. 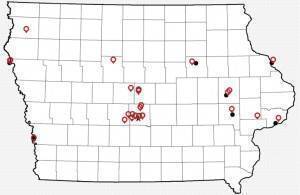 The clear winner of Wednesday’s debate, Rubio has evenly split his time among Iowa, New Hampshire and New York (10 visits each). Big donors abound in the Empire State, so it’s no real secret as to what he’s doing there. In Iowa, he’s impressed, but, as of right now, he probably won’t win. He hasn’t spent too much time here, so it will be worth monitoring if he increases his Iowa trips after his primetime dominance in the debate. He’ll really have to step up if he wants to catch up to the next two guys. 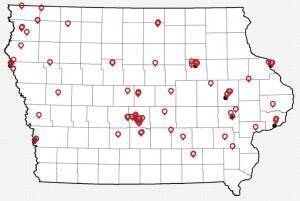 Jindal has visited Iowa 24 times, the most of any candidate. In contrast, he’s only been to New Hampshire five times. That’s a pretty clear indication he’s put just about all his eggs in Iowa’s corn-lined basket. It’s hard to fault him for that. He’s attractive to the base of Christian conservatives here (trust me), and that could give him a boost come caucus night, especially if he keeps spending time in the state. This is a good time to remind folks that there are still more than two months to go. A lot can happen. 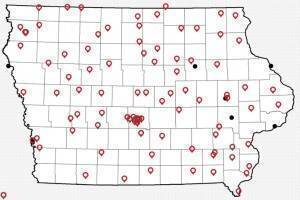 Holy smokes, look at Santorum go. He has blanketed the state. Are we sure he doesn’t actually live here, couch-surfing through all 99 counties? The 2012 caucus winner is doing everything to remind Iowans that he just barely edged Mitt Romney four years ago by covering as much ground as he possibly can. He’s made 19 trips here, but he obviously makes the most of them by criss-crossing the state like a most expedient traveling salesman. No joke, he pulled off “The Full Grassley” two months ago. He’s put the time in, but will results follow? 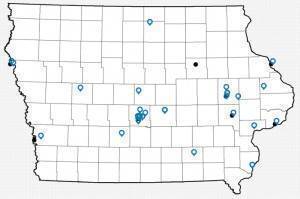 Oh yeah, the Democrats. Clinton is in pretty good shape here, even though Sen. Bernie Sanders subtweeted her at the Jefferson-Jackson Dinner last weekend. She’s made 25 trips to Iowa (13) and New Hampshire (12). She isn’t here a lot because she doesn’t need to be. She’s in front, and she’s started to secure some cash and look ahead to the later primaries. In my completely amateur opinion, she’ll keep making intermittent stops here before establishing a more constant presence as the caucuses get closer. 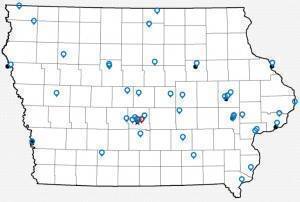 Sanders has also made 13 trips to Iowa, but the map has him covering more of the state than Clinton because he has to if he wants to overtake her in the polls. He has some supporters who are arguably too energetic, but the question lingers on whether or not he can do enough to persuade voters to go against the seemingly inevitable feeling that Clinton will be the nominee. I repeat again here: It’s too early to count anyone out here. It’s also worth mentioning how it was supposed to be Clinton’s year in 2008. Sanders could simply be Brooklyn-accented viper, coiled and waiting to strike at the moment of opportunity. 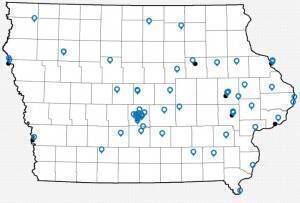 Frequent readers of this blog, which number into the dozens, have probably noticed that we aren’t short on coverage of O’Malley events. A lot of that is because he’s often in Iowa (16 trips, the most of any Democrat) and Des Moines, as you can see to your right. Playing catch-up, he needs more face time than Sanders and Clinton. He’s putting in some good effort, but I can’t say I see an Iowa victory happening for him. Maybe he could run in the future? Sure. Is he positioning himself for the VP slot? Perhaps. Does he look 25 times better than me shirtless? Absolutely. (He obviously woke up each morning and bench-pressed the entire state of Maryland while governor because damn.)

OK, so there’s a quick look at some of the candidates and their time in Iowa. The underdogs looking to make a splash (Jindal, Santorum and O’Malley) are running around the state trying to grab some support while the candidates ahead of them (Carson, Trump and Clinton) are laying back a little, waiting to swoop in as the caucuses get closer. In unrelated news, I’ve mastered the screenshot function on my computer.

Cannon is a senior journalism and political science major from Kansas City. He interned this summer at the oldest continuously published newspaper in the U.S., The Hartford Courant, and he cares too much about the WORLD CHAMPION Kansas City Royals. Follow him on Twitter.